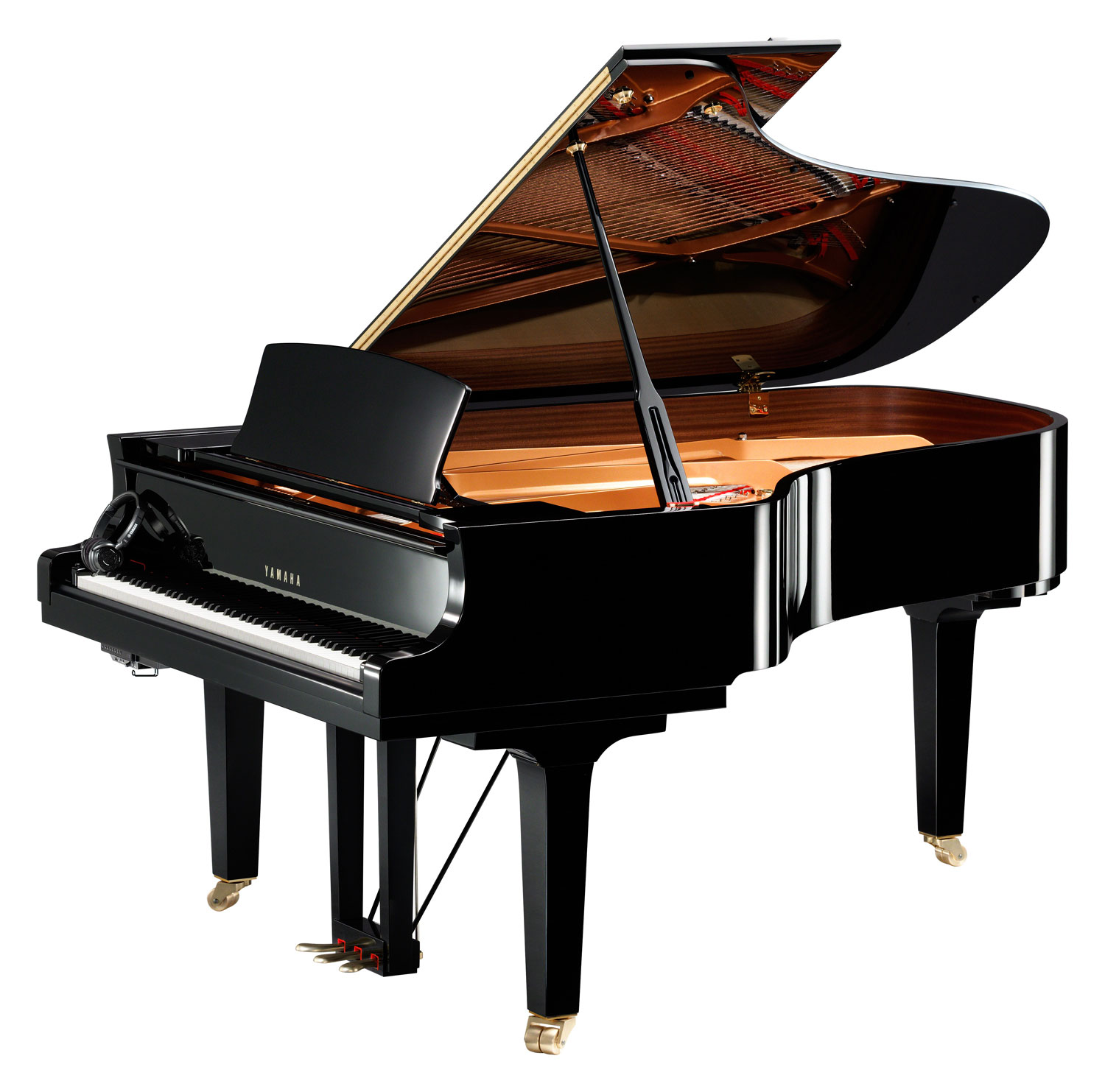 Strathmore recently selected a new Yamaha C6X Silent Series grand piano, not only due to its extraordinary tone and touch, but also for it’s connectivity features that extend its capabilities far beyond that of a regular acoustic piano.

With a natural touch and powerful, forceful presence, CX Series pianos possess a wealth of reverberation, taking in the nuances of a player’s intentions and reflecting them in the depth and projection of the music itself. Silent functionality has been added to this C6X. This is an SH-type Silent piano™ featuring a CFX sound source.

TOPANGA, Calif., March 27 (UPI) — A musical mystery is unfolding in California’s Santa Monica Mountains as a piano appeared without explanation at a lookout point 2 miles from the nearest road.

Hikers and news helicopters captured images and video Thursday showing the piano, estimated to weigh at least 300 to 400 pounds, that was apparently placed late Wednesday or early Thursday at the Topanga Lookout, which is accessible by a 2-mile hike from the nearest road.

The piano was placed on the site of an old fire tower, which famously also once hosted a couch of similarly mysterious origins.
Read more here… 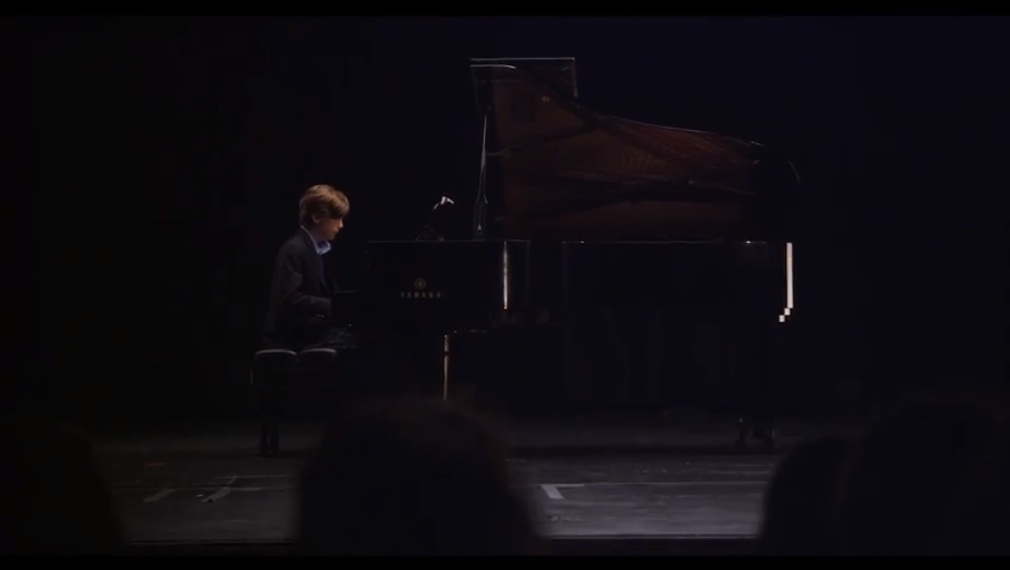 Ever hear any of these songs before? Possibly a few thousand times each if you have kids. But probably not on Yamaha upright with two siblings in a montage duet, backwards. Enjoy…

American University announces a unique opportunity:  Grand, upright and digital pianos used throughout the past academic season are being replaced, and current models are being offered on a first-come basis by appointment during a two day event.

These instruments from Yamaha are typically less than two years old, have been professionally maintained at American University’s Katzen Center for the Performing Arts, and are typically in very good to excellent condition.  Each includes the original factory warranty.

To avoid academic interruption and ensure each piano is tuned and prepared for private acquisition, the event will be held off campus at Jordan Kitt’s Music in Rockville, MD and Fairfax, VA.  Each piano is available in the order of appointments received.

The event is by appointment only on Friday and Saturday, March 13 and 14, and will be open to the general public on Sunday, March 15 from noon to 5pm. In the fall of 1972, Alvin “Todd” Moser ’75 hit on the perfect subject for his final project for Doc Edgerton’s 6.714 Strobe Photography Lab. A large contingent of fellow Baker House residents was plotting to throw a piano off the roof of the dorm, onto Amherst Alley. “I thought it would be really cool to film it in slow motion,” says Moser. “It would fall down very gradually, and you would see every little thing pop off of it when it hit.”

The ringleader of this clandestine operation, Charlie Bruno ’74, had “often expressed the dream of dropping a piano off the roof,” Moser recalls. Bruno, a self-described “high school wimp turned hacker,” was legendary for his antics—streaking, water fights, kicking in the dorm elevator’s door (and then carrying dorm mates’ things up the stairs during repairs to make amends). “He came to MIT pretty much as a total introvert and somehow blossomed into the most amazing extrovert I ever saw,” Moser recalls.

The chance came when Jon Kass ’74 decided to leave Baker and offered Bruno his upright piano. The drop became “almost a house-wide project,” according to a Tech article written just after the event, and took about four weeks to plan. “Being engineers, everybody got involved and made a regular project out of the whole thing,” says Moser. Aside from the allure of wanton destruction, it provided an engineering challenge and an opportunity to conduct experiments. “It’s going to be a 6.08 problem set done in experimental form,” explained a student on a tape recording made just before the drop. Another student’s rationale: “To prove that there’s gravity.”

On the appointed day, October 24, a group of students took the piano to the sixth floor in the elevator, lugged it up the stairs to the roof, and adorned it with graffiti (including “IHTFP” and “Danger: Falling Objects”). Others were on crowd-control duty as spectators gathered below.  Read more here… 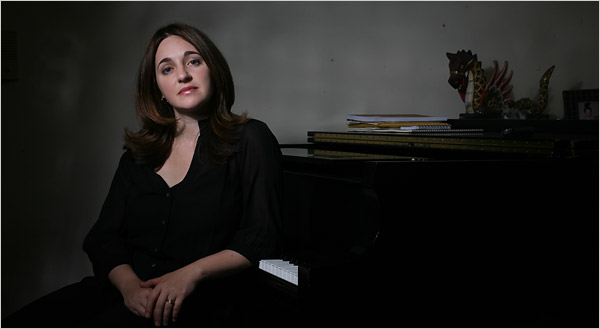 The acclaimed Annapolis Symphony has won the hearts of Maryland’s capital city, and rave reviews for its performances. They are joined at Strathmore by a pianist who leaped to fame with her historic recordings of Bach’s Goldberg Variations, hailed for her “wonderfully expressive interpretation” (NPR) and the “majestic originality of her vision” (The Independent, UK). This not-to-be-missed program includes works by English poet and composer Arthur Bax, Richard Strauss, and Ravel.

This concert will run approximately 100 minutes with intermission.

The Yamaha Total Piano Rebate: Yamaha has announced a unique and broad spanning opportunity to get instant factory rebates on over 50 of some of the most popular Yamaha models.

Buy any one of these qualifying Yamaha Acoustic, Disklavier, Hybrid, TransAcoustic, Clavinova or Silent Piano and receive an instant rebate valid for up to $1,000 off! Don’t wait, this offer expires March 31, 2015.

With over a century’s worth of experience manufacturing world-class acoustic pianos and over a half-century in Hi-Fi audio and electronic instruments, only Yamaha can offer such a range of Acoustic Pianos, Pro Stage Pianos and Industry-Standard Synthesizer Workstations to consumer Portable Keyboards and Digital Pianos. Only Yamaha can offer an instrument for musicians at every level.

Unparalleled in their beauty and musical range, Yamaha’s Acoustic Pianos are the ultimate expression of the piano maker’s art.

The culmination of over 100 years of craftsmanship and design, every stage of the Yamaha piano manufacturing process is predicated on time tested techniques honed over the years by Yamaha craftsmen. Following the best practice and traditions of fine musical instrument building, the eyes, ears and hands of each craftsman, along with their passion for the piano, make it possible for new instruments and sounds to be born each day.

For more information about specific models and rebates at the Jordan Kitt’s Music near you, visit here. 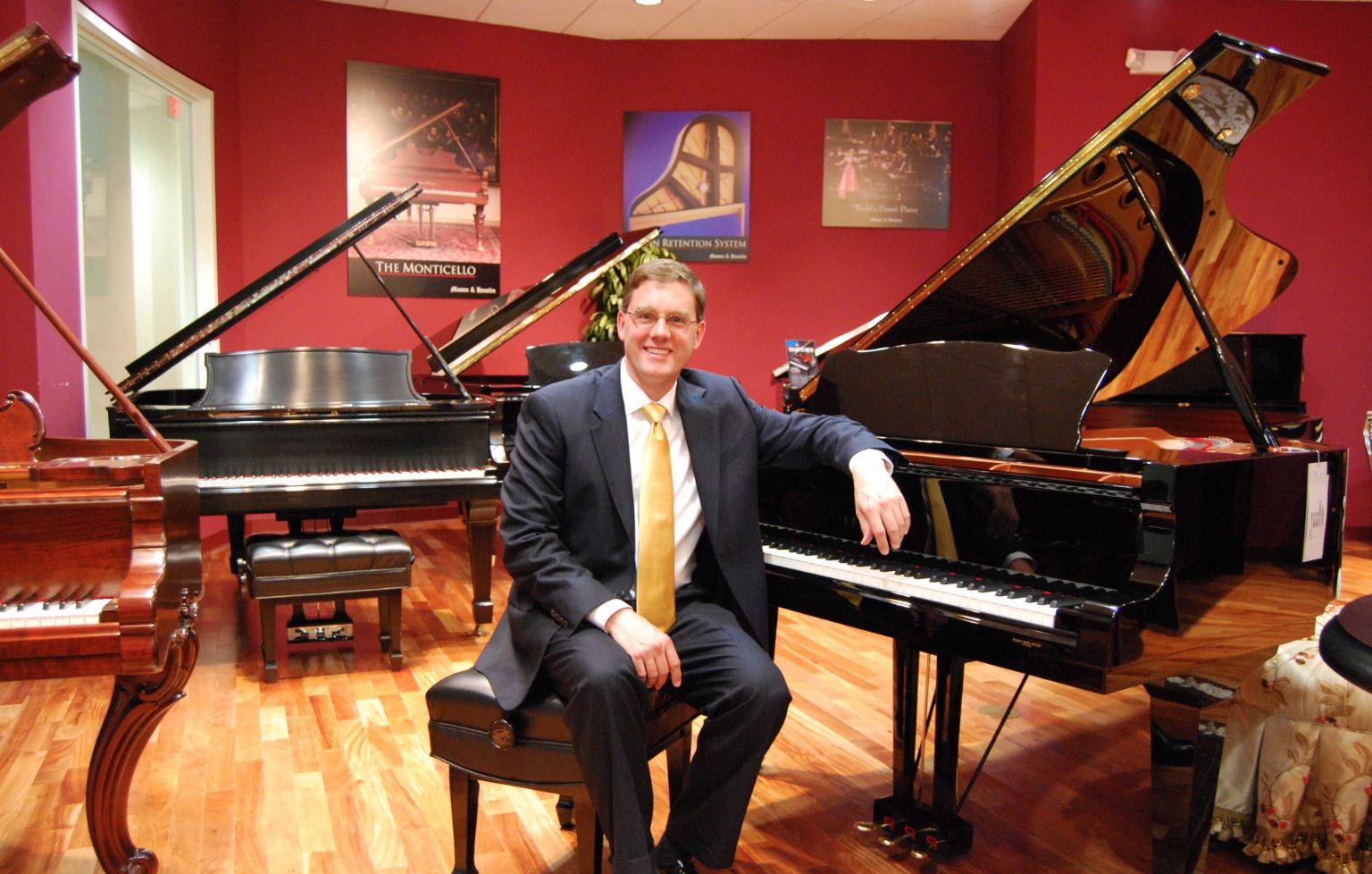 There’s been a lot in the national and local press lately discussing the decline of the piano industry, based mainly on a dated and cursory examination of a microcosm of the industry that a small amount of fact checking would have done much to dispel. The following is a response from Jordan Kitt’s President Chris Syllaba which indicates the DC area piano business is alive and well. The DC Piano Industry is Alive and Well.

Despite recent articles to the contrary, the piano business in and around the nation’s capital is strong. There has been a recent focus on the “30,000 to 40,000 (acoustic) pianos” being produced annually to the exclusion of the 100,000+ digital and technology-equipped pianos sold annually which is simply not an accurate picture of the piano industry. This also doesn’t include mention of the estimated 100,000+ used pianos sold each year up from a virtually non-existent used piano business in the early 1900’s. And while the quality is debatable, there are also hundreds of thousands of portable keyboards sold each year to families starting their children on piano lessons. The recent assessments would be the equivalent of judging the telecommunications industry based on sales of rotary phones, or perhaps concern over the declining popularity of Blackberry devices because they now account for only ½% of the smartphone market.

Much more indicative of the returning health and vibrancy of the piano business and music education in DC is the 102 year-old piano retailer and Washington institution, Jordan Kitt’s Music. Founded in 1912 on 13th and G streets NW, just a stone’s throw from the White House, this venerable company has persevered and excelled through good and bad times alike, including some of the most difficult times in our history such as The Great Depression, World War II and the most recent recession and subsequent financial crisis. This has been accomplished through the time honored tradition of providing good service, adapting to changing times and cultivating long-standing relationships and sales with virtually every music and cultural institution in the Washington DC area.

While the very narrow segment of new acoustic pianos is indeed a maturing industry, recent articles ignore many aspects of the industry that have changed dramatically and positively over the last 30 years. It should also be noted that there are many more successful piano dealers in America today, by a huge multiple, than unsuccessful ones; due to a willingness and ability to change with the times and stay relevant.

With its size and breadth of products, services and education offerings, Jordan Kitt’s is a much better indicator of the health of the industry in the DC market as well as nationally. While sales of certain acoustic pianos (think grandma’s spinet piano of the 1950’s) have declined or disappeared entirely, sales of other categories like digital pianos, hybrid pianos and player grands are booming. Just one example is Yamaha’s recent introduction of entirely new categories of piano instruments (like hybrid and TransAcoustic pianos) that weren’t even available five years ago and that are much more relevant than our parents’ old clunker in the basement.

Contrary to the quoted assertion that “children are too busy, with their sports and their iPads and their instant gratification”, music education is still very much alive. This is evidenced by Jordan Kitt’s education revenues as a percent of total sales per store, which have doubled over the past 10 years. Also, established music schools like the Levine School of Music (with revenues of over $9 Million a year out of only a handful of locations) indicate that there are still plenty of parents out there that value piano lessons and music education in general. A vibrant music education environment, both publicly and privately, is the most important leading indicator of sales growth going forward.

Other excuses like “competition is too great”, “houses are too small (Really? The average home size of around 2,600 square feet is the largest ever)”, and “the world is moving too fast” are just that; ill researched conjectures and excuses.

Since I took over leadership of Jordan Kitt’s in 2011, the company has experienced year-over-year sales growth, well beyond the pace of inflation. I suspect that other well-run piano retailers are experiencing similar results in today’s environment. These are the indicators of a healthy industry.

The excellent work of Congresswoman Suzanne Bonamici (D-OR) and Congressman Aaron Schock (R-IL) in the formation of the Congressional STEAM Caucus (STEM + Arts and Design) should also be mentioned, and is commendable and vital to improving the education of our children. Supported by the music industry trade organization NAMM (National Association of Music Merchants), Congresswoman Bonamici and Congressman Schock’s efforts over the last couple of years will have a further positive impact on the piano business and the musical instrument industry as a whole.

The successful piano retailers in the greater Washington DC market will agree with me that in today’s generally good economic climate, the success or failure of an individual piano store is obviously internally, not externally driven. Furthermore, there isn’t a business today in any industry in any market that would be successful by doing things the same way they were doing things even 5 or 10 years ago.

In today’s world, there are few things of true and lasting value and importance like music. There is enough reporting out there of all of the horrors in the world without having to heap on yet another negative viewpoint of one of the most important and wholesome industries in existence.

I have had the pleasure of playing the piano since I was four and a half years old. The benefits to me of this part of my cultural and educational upbringing are simply incalculable. Our industry supports these efforts not only for its own interests but also because it is the right thing to do.