The ultimate grand in the lineup is the Cristofori G62L 6'2" Grand. For the discriminating musician or institution, this is a large grand with a great scale design producing a big, full sound. The longer keys and hammer shanks give an incredibly responsive touch. This and more is available at a fraction of the typical $30K+ price range of such pianos. 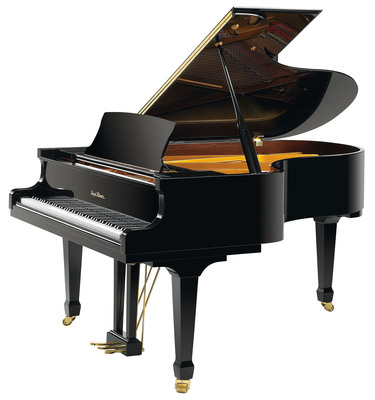