The Bosendorfer Vienna Concert Collection consists of the models 280VC, 214VC, 185VC and 170VC. Ranging in size from a 9'2" concert grand for the stage down to a 5'7" baby grand for the salon, the Vienna Concert instruments are the next generation of piano scale designs from the venerable Austrian piano maker.

These design principles, including the exclusive Inner Rim Soundboard Support, are now available in all four sizes of the VC grands - 9'2", 7', 6'1" and 5'7". While these new pianos have been reimagined completely from scratch, they remain true to Bosendorfer's sound philosophy, further advancing their patented Resonance Case Principle.

Founded in 1828 by Ignaz Bosendorfer in Vienna, Austria, this venerable piano manufacturer has been hand-crafting the finest, most exclusive pianos in the world for nearly two centuries. Producing less than 250 exquisite instruments per year, the company blends Viennese piano making tradition with the latest in scale designs, touch response and tonal beauty. 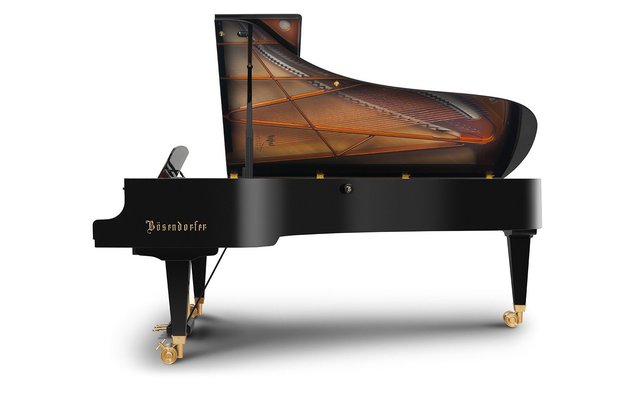