The Cristofori V450 45" Studio piano is a 45" upright with big sound in a small cabinet. It makes a great starter piano at an entry price point. Featuring longer strings and larger soundboard than a console or spinet, it also has a slightly raked-back case that looks less bulky than taller uprights. 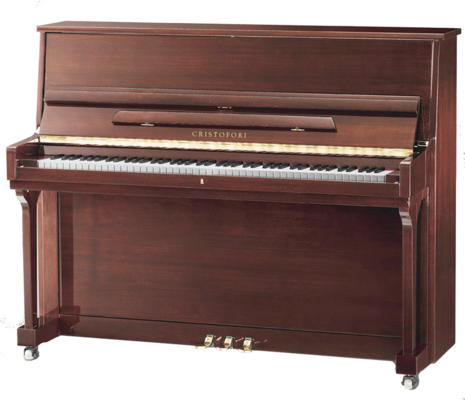