The Cristofori G57L 5'7" Grand is a parlor-sized grand for a more advanced player looking for superior tone and touch. As an intermediate size which won't overpower a regular sized room, it produces a bigger sound than the smaller baby grands. Hard Rock Maple and German Hornbeam wood action parts supply stability without sacrificing touch response. 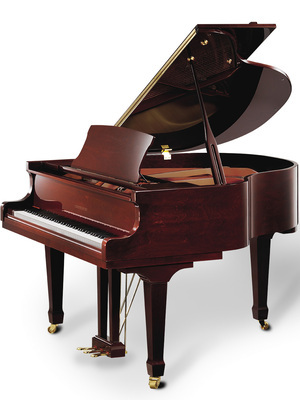