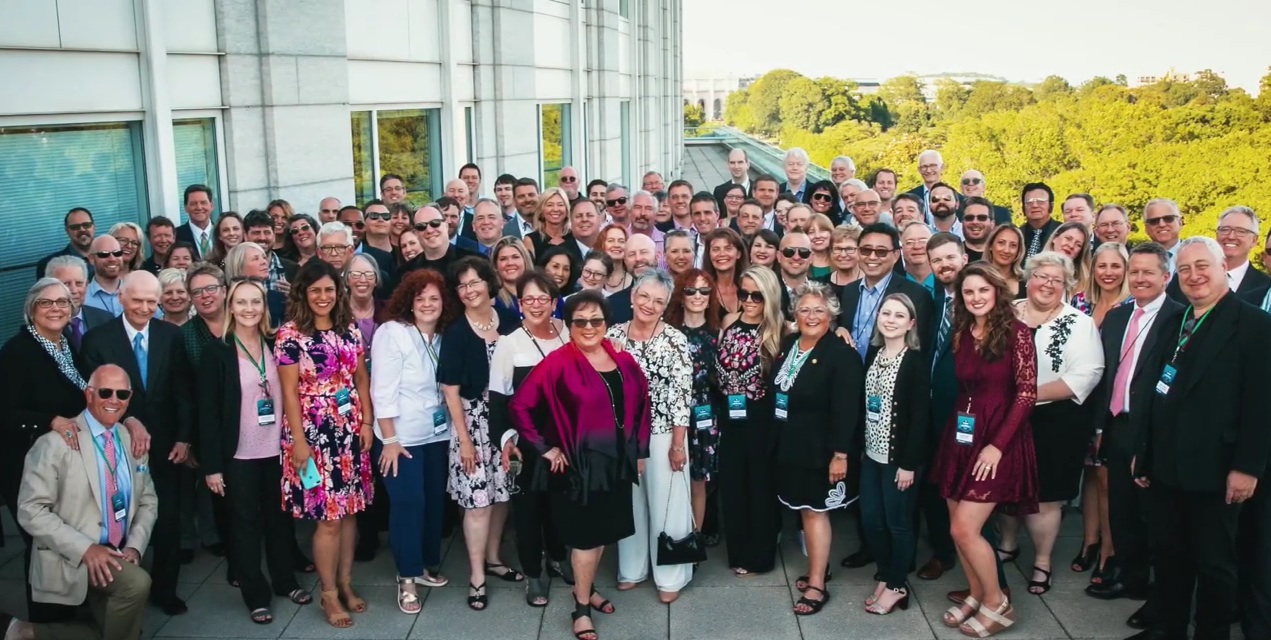 Here is a great recap from the folks at NAMM (National Association of Music Merchants) on this year’s fly-in event to Washington DC.

The furtherance of music education in schools and throughout the communities we serve is one of the reasons Jordan Kitt’s Music has been in the piano business for more than a century. 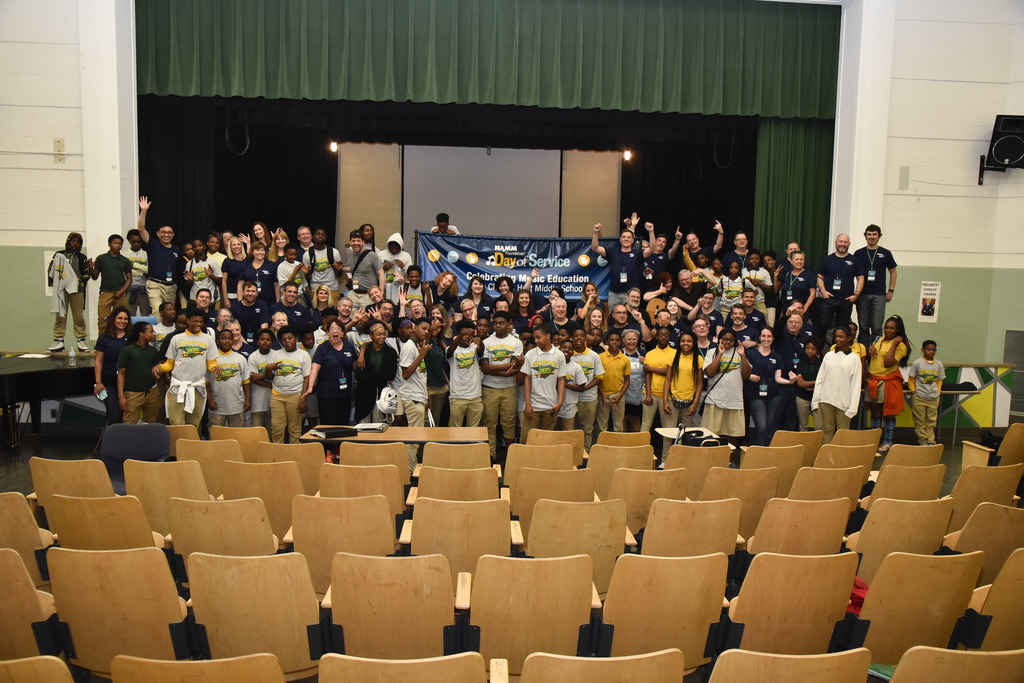 Recently, Jordan Kitt’s Music was again joined in their home town by over 100 music industry leaders, notable artists and arts education activists to advocate for equal access for all school children for music education in our schools and for full funding of the Every Student Succeeds Act (ESSA) Federal education bill that became law in 2015. As part of the National Association of Music Merchants (NAMM) Advocacy Fly-in, held May 20-23 in conjunction with the NAMM Foundation, the delegation of over 100 individuals met with Members of Congress and other policy stakeholders to reinforce the importance of music as part of a “well-rounded education”.

“Jordan Kitt’s Music has enjoyed a special bond with area music education efforts for more than a century, but that doesn’t guarantee its continued longevity” said Chris Syllaba, Jordan Kitt’s CEO. “Continued action is imperative to keeping the dream of music alive in schools throughout our district, and throughout the country as a whole.” The Advocacy week began on Monday, May 20 with a day of service at Charles Hart Middle School in Washington D.C. Members of the group helped 6th, 7th and 8th grade students experience playing the guitar, ukulele and drums through various classes and a drum circle. Other members completed an inventory summary and analysis documenting all the schools band and orchestral instruments. They even made minor repairs where possible during the process!

In the evening, after a cocktail reception and dinner at the Hyatt Hotel Capitol Hill, the delegation welcomed a panel of special guests. Mary Luehrsen, NAMM Director of Public Affairs and Government Relations was host and moderator to the panel, consisting of James Mitaritonna, Manager of Music and Learning in the Office of Teaching and Learning, D.C. Public Schools; Christie-Jo Adams, K-12 Fine Arts Instructional Specialist, Richmond Virginia Public Schools; and Chiho Feindler, Senior Director of Programs and Policy, VH1 Save The Music Foundation.

The next day, Tuesday, May 21, delegates walked to the nearby offices of Nelson Mullins for a day of advocacy training. After opening remarks by Joe Lamond, NAMM President and CEO, and Robin Walenta, NAMM Chair, the group heard from special guest Michael Yaffe, Associate Dean, Yale School of Music. Yaffe spoke about Yale’s innovative “Music in Schools” initiative for the New Haven, Connecticut School district. He also introduced delegates to the “Declaration on Equity in Music for City Students”, a report on Yale’s 2017 Symposium on Music in Schools.

Tuesday evening, at a seated dinner in the Nelson Mullins rotunda, Jordan Kitt’s CEO Chris Syllaba joined NAMM’s Joe Lamond and NAMM Foundation’s Mary Luehrsen in awarding the annual SupportMusic Champion Award to Congressman Robert C. Scott (D-VA). Congressman Scott currently serves as the Chairman of the Committee on Education and Labor, who in 2015 was one of the four primary authors of ESSA. The award was presented in recognition of the Congressman’s tireless work regarding ESSA and his continued efforts in supporting music and the arts.

Wednesday, May 22, was the actual “Hill Day” with Syllaba and the more than 100 NAMM delegates meeting with Members of Congress. The message centered on NAMM’s support of the concept of a well-rounded education, including music; state and local decision-making; and full funding through the congressional appropriations process of ESSA, Title I, II and IV, Part A.

For the third year in a row, NAMM delegates also met with officials in the D.C. offices of a number of State Governor’s Offices. With ESSA pushing much of the decision-making authority to the state and local government level, these meetings were an important part of the delegates’ efforts during the Fly-In. On Wednesday evening, all the delegates and numerous special guests joined on the Nelson Mullins rooftop to celebrate the most successful Hill Day yet – over 230 congressional meetings were completed that day! This was an all-time record number of meetings in the 15-year history of the NAMM Fly-In! It was also a very special evening during which the group honored former Yankee and Latin Grammy nominated musician Bernie Williams for ten years of service to the NAMM Fly-In. Over the years, Williams has been a constant and reliable advocate with a belief that all children have a right to receive music education in school. Williams currently serves on The NAMM Foundation Board of Directors, is an artist with the Kennedy Center’s Turnaround Arts program and is a frequent guest artist with musical notables around the globe.

The Fly-In concluded on Thursday, May 23 at Nelson Mullins offices with a SupportMusic Coalition national conference call where delegates de-briefed about the week’s activities and efforts. This was an opportunity for music advocates and stakeholders from around the country to listen in on the call and stay informed about NAMM’s ongoing advocacy efforts.

The National Association of Music Merchants (NAMM) is the not-for-profit association with a mission to strengthen the $17 billion music products industry. NAMM is comprised of approximately 10,300 member companies located in 104 countries. NAMM events and members fund the NAMM Foundation‘s efforts to promote the pleasures and benefits of music and advance active participation in music making. 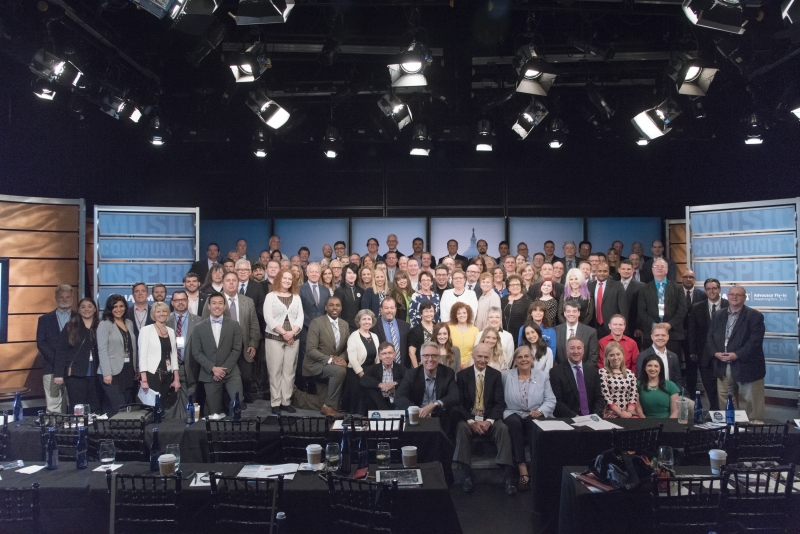 Jordan Kitt’s Music is proud to be a part of the 2018 National Association of Music Merchants (NAMM) Music Education Advocacy D.C. fly-in.  Each spring, Jordan Kitt’s Music is joined in its home town by other NAMM members to serve as advocates for the right of every child to learn and grow with music by visiting with their elected representatives on Capitol Hill.

NAMM Fly-In participants receive intensive training with policy experts to learn about the policies and priorities of the current administration. With guidance from veteran delegates and seasoned professionals, NAMM members prepare research-based talking points for visits with their Members of Congress.

These visits are not just a time to make demands of our legislature, however. It is also when we encourage Senators and Representatives to celebrate the school districts and schools that receive national recognition through The NAMM Foundation’s Best Communities for Music Education SupportMusic Merit Awards within their states and congressional districts.

The event included a Day of Service, where NAMM members commit a day getting involved in local music education, meetings on Capital Hill, and a number of NAMM hosted special events designed to maximize the impact of the event.

For more information about NAMM or the Fly-in Event, visit www. namm.org 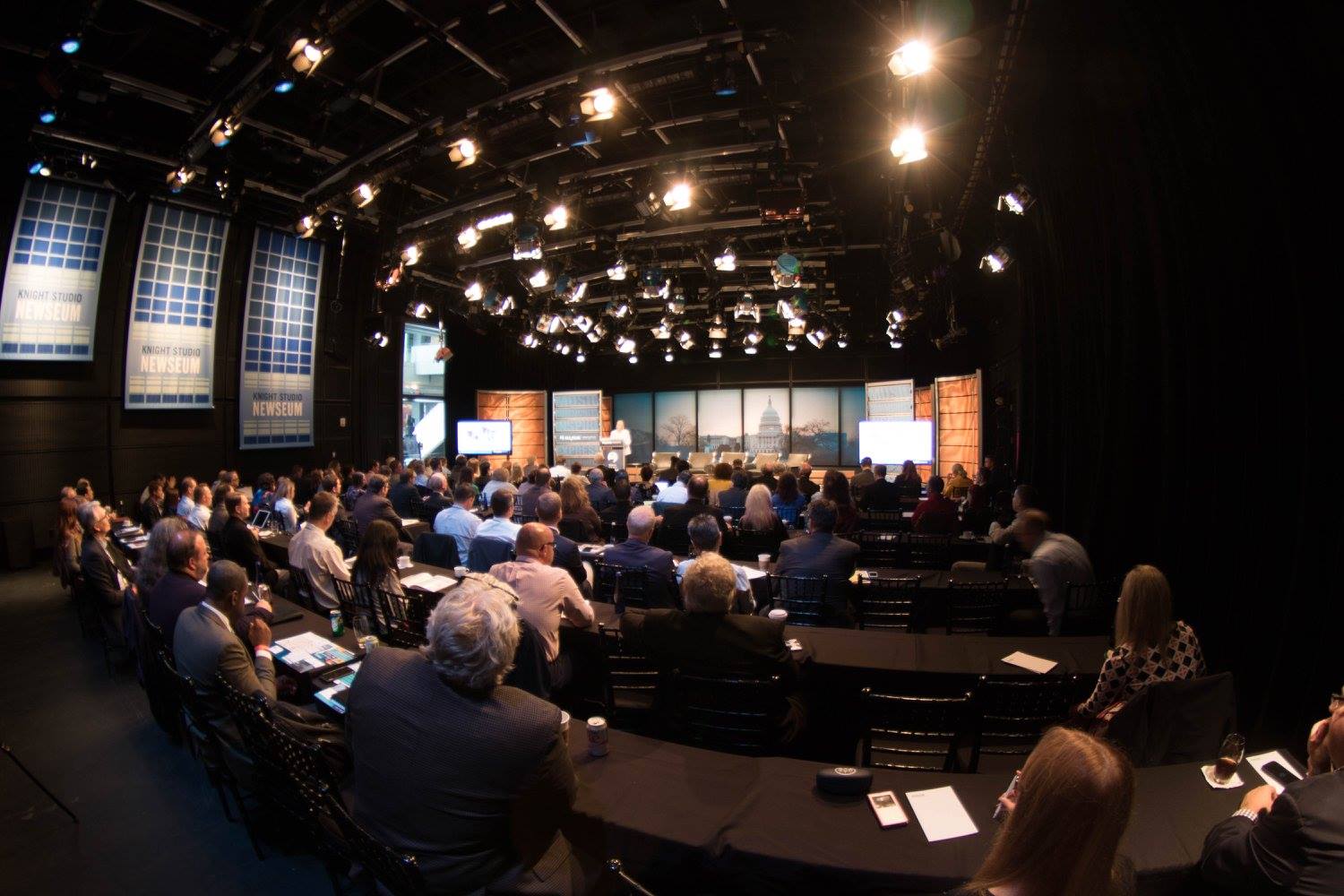 Jordan Kitt’s Music was proud to take part in the 2017 NAMM Music Education Advocacy D.C. Fly-In, which was a great success!

The week started with more than 50 NAMM members attending the Day of Service at Jefferson Middle School Academy.

On Tuesday, ninety-eight delegates prepared for their efforts on Capitol Hill by participating in advocacy training at the Newseum and a lunchtime keynote by David Brooks, New York Times columnist and Turnaround Arts artist. The next day, the Country Music Association, VH1 Save the Music Foundation, and three-time World Series winner, Bernie Williams joined NAMM members for a day of advocacy. Over 170 meetings took place with Members of Congress or their staff to advocate for music education. Jordan Kitts Music was once again proud to take advantage of this opportunity to work with NAMM to create a larger and more vibrant presence for music education in schools throughout the country.