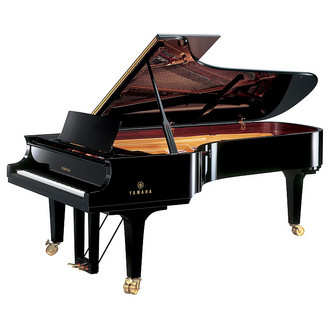 My son’s young life was a matrix of appointments — ADHD specialist, child psychologist, occupational therapist, audiologist, speech therapist. He struggled in school and was in trouble more often than not. Then one day he discovered a beat-up, old piano and his entire life followed a new and wonderful trajectory.

Can attention deficit hyperactivity disorder (ADHD or ADD) respond positively to the healing power of music? My youngest son, Michael, is living proof that music can change lives — and brains.

Michael was 10 days old before I saw him for the first time — his tiny, blue body lying limply in the incubator as he struggled to breathe. He was diagnosed with Hyaline Membrane Disease, a respiratory disease that makes gas exchange difficult or impossible. He was so ill that every time the neonatal staff touched him, his heart stopped beating. He had three cardiac arrests during the first ten days of his life. Doctors warned me that he might be brain damaged as a result.

But Michael grew and grew. A beautiful child with big blue eyes and blond curly hair, he was very hyperactive, demanding constant stimulation. He did not sleep through the night until the age of 2 and had me up five to six times a night to comfort and reassure him. “Let him cry,” people said, “he’s just being naughty.” But if we left him to “cry it out,” he would scream and cry until he went blue in the face and stopped breathing.

Michael was also extremely lovable, always laughing and smiling. But he did not measure up to his brother in terms of crawling, walking, feeding, and dressing himself. I was concerned about a developmental disorder, but my doctor assured me that all was well.

The bombshell hit when Michael went for his ‘School Readiness Tests’ at the age of 6. The psychologist noticed that he could not hold a pencil correctly. He would clutch it in his fist, instead of holding it between his fingers to write. Though Michael was highly intelligent with a good memory, he was diagnosed with ‘minimal brain dysfunction‘ (now ADHD) and we were shattered, but also relieved.

He wasn’t just ‘naughty.’ There was a reason why he did not seem to listen when spoken to; would daydream and become easily confused; would struggle to follow instructions; be easily distracted, miss details; forget things and constantly demanded attention. He talked non-stop, would twitch, fidget and squirm constantly in his seat. If he flew into a rage, he could not control himself; on occasion, we had to stop him from beating his older brother to a pulp.

We saw an ADHD specialist, who referred as to several medical professionals whom, unfortunately, the Medical Aid did not cover. We were really struggling financially at the time, but somehow, we found the money. Michael saw a child psychologist, occupational therapist, audiologist, speech therapist, etc. Still, the doctor told us that, because Michael was ADHD, he would probably drop out of school early. The best thing we could do was to let him start school early, so that when he failed and repeated a year, he would still be the same age as everyone in his class.

We followed his advice, which I have regretted all my life. Had we just let Michael start school a year later, his journey would have been far less difficult. He would have been more mature emotionally and better able to cope intellectually. We enrolled him in a private school, thinking he would cope better in a smaller class. In the beginning, Michael lived up to the psychologist’s expectations. He had difficulty concentrating at school; he did not understand the work and drove the teachers crazy with his hyperactivity. It was so bad that the teachers would duct-tape his mouth and tie him to his chair with his hands behind him. At the time, we had no idea that they were doing this to him.

At the age of 9, Michael discovered a toy piano that a friend of mine had left lying around. He found that he was able to listen to tunes on the radio and work out to play them on this piano. Though his father and I were divorced by then, we immediately recognized his talent, clubbed together, bought him an ancient piano, and organized for him to have music lessons.

He excelled in piano lessons, which in turn had a positive impact on his schoolwork. He found that he was able to concentrate better in class and the work at school started to make more sense. What was most important, though, was that he started to believe in himself. Until he started playing the piano, he was convinced that he was stupid and not capable of doing the things that other children could. Playing the piano was something he was good at, and not many other people were able to do. When he started to get 100% on his music theory exams year after a year, he began to believe that perhaps he was not as stupid as everyone made him out to be.